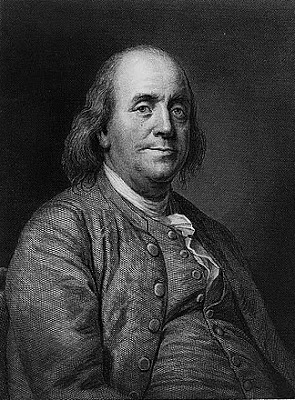 Did you know that Benjamin Franklin and John Hadley performed the first documented testing for the theory of air conditioning way back in 1758? Through their experiment, they were able to lower the temperature of a thermometer from 64 degrees Fahrenheit all the way down to 7 degrees Fahrenheit! Although the air conditioner wouldn’t be invented for some time, Franklin and Hadley tested their theory, that the process of evaporation can quickly cool down an object – evaporative cooling.

Legend has it that Franklin’s interest in the subject started on a hot July day in Philadelphia in the 1750’s. Ben was sitting in his room, sweating profusely despite a small breeze blowing in through his open windows. He got up to change his shirt, and he noticed that the dry shirt he picked up felt much warmer than the wet shirt he had taken off. He realized at that moment that the breeze actually felt cooler while he was wearing the wet shirt. This intrigued him, and Ben conducted a series of subsequent experiments in collaboration with a chemistry professor from Cambridge University in England, John Hadley. Ben put various liquids onto the bulb end of a mercury thermometer and discovered that the evaporation of liquids causes heat loss. When he took his thermometer and put liquid onto the bulb end, he watched the temperature drop as the liquid evaporated. If he blew on the liquid to make it evaporate faster, the temperature decreased faster. He carefully noted alcohol had greater a cooling effect than water, due to alcohol being more volatile than water, which means that alcohol evaporates faster than water. He then tested ether, which is even more volatile than alcohol, and found ether to have an even faster cooling effect than alcohol. Ben discovered a correlation between evaporation rate of the liquids and cooling.

In a letter from 1758, he described a thermometer experiment with ether:
“By dipping first the ball of the thermometer into the ether, it appeared that the ether was precisely of the same temperament with the thermometer, which stood then at 65; for it made no alteration in the height of the little column of mercury. But when the thermometer was taken out of the ether, and the ether with which the ball was wet, began to evaporate, the mercury sunk several degrees. The wetting was then repeated by a feather that had been dipped into the ether, when the mercury sunk still lower. We continued this operation, one of us wetting the ball, and another of the company blowing on it with the bellows, to quicken the evaporation, the mercury sinking all the time, till it came down to 7, which is 25 degrees below the freezing point, when we left off. Soon after it passed the freezing point, a thin coat of ice began to cover the ball. Whether this was water collected and condensed by the coldness of the ball, from the moisture in the air, or from our breath; or whether the feather, when dipped into the ether, might not sometimes go through it, and bring up some of the water that was under it, I am not certain; perhaps all might contribute. The ice continued increasing till we ended the experiment, when it appeared near a quarter of an inch thick all over the ball, with a number of small spicula, pointing outwards. From this experiment one may see the possibility of freezing a man to death on a warm summer’s day.”

Have a Happy and Safe 4th of July!